Who is Tony Blair?

Tony Blair is always wheeled out by the BBC to provide an Internationalist view on current affairs.  Who is Tony Blair?  Should more about the background of this icon of the Corporate Elite be mentioned next time he lectures the UK on the TV or radio?

Tony Blair was a Trotskyist at university.  Trotskyists are far left Internationalists who believe in global communist government.  After university he worked for Jack Jones, the Soviet Agent and TUC leader.  In the late 1990s and early noughties Blair and Brown sold the UK's gold reserves at a huge loss to save US Investment banks such as JP Morgan Chase .  Having led the UK into the Iraq war on false pretences Blair left office and became an International Peace Envoy for the "Quartet", working in the Middle East and also became £2m a year International Director for JP Morgan Chase. 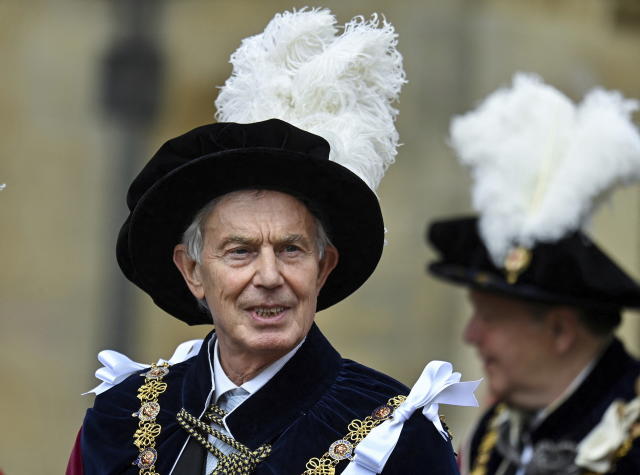 Blair's entry on the international diplomatic stage was tarnished by revelations that he was receiving money, rumoured to be in millions, from the US State Department for his work.

Those he met as a Middle East Envoy fully understood him so he made no progress on peace: “We did not know what exactly to expect in 2007 and nothing was clear, but even back then we knew that Blair was corrupt and above all was politically corrupt,” said Mushen Ramadan, chair of PENGO, an umbrella group for NGOs operating in Gaza and the West Bank.  The Saudi Royal family paid him £41,000 a month for his "envoying" and for some reason Swiss insurer Zurich International was paying him £500,000 a year.

Of course, there is no direct link between the sale of UK gold and a job in a rescued bank or support for a war in the Middle East and payments by the beneficiaries of the war of large sums for consultancy work. There is no direct evidence that would stand up in court that Blair is corrupt.

During this period he was also receiving millions from the UAE sovereign wealth fund "That’s a lot of flights and hotel expenditure when you consider that as well as the millions he got from the sovereign wealth fund, there was £1.2m from Sheikh Abdullah’s office in 2011 and £8m for the UAE foreign ministry for work in Colombia, Vietnam and Mongolia."  (Independent)

In 2016, when being feted by the BBC as the anti-brexit elder statesman, he was also giving professional advice to the dictator of Kazakstan for which he received £5m.

The BBC has also failed to mention that Tony Blair brokered the recent Middle East peace deals between Israel and the UAE & Bahrain. See "Tony Blair’s Grubby Fingerprints on Trump’s Mideast Deals Spells War, Not Peace". Although the BBC did quote him as saying the deal was "a massive and welcome opportunity to recast the politics of the region", no doubt to save his blushes.

At home Blair is most famous for pushing through Devolution which is leading to the break up of the United Kingdom, the Good Friday Agreement which is an agreement for the secession of Northern Ireland from the UK and the Iraq War which was launched on the basis of fake information.  No-one in recent history has done more damage to this country.

Only the BBC seems to regard Blair as an elder statesman.  Elsewhere his name is linked to four letter words.